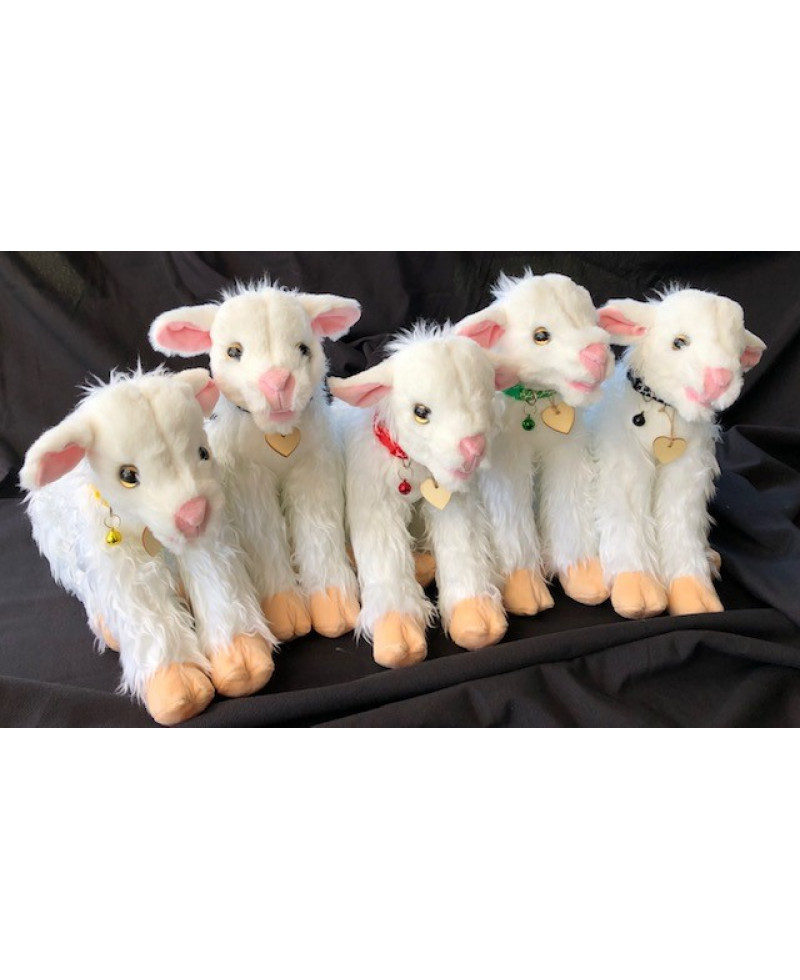 Goat lambs have a great attraction to children and even adults. Children immediately feel the need to care for them, cuddle them and share their stories. It has been found that people with dementia also become calm when holding a young animal that needs care.

A cuddly toy often has a natural attraction.

When born, the child soon has an attachment figure, usually the mother followed by the father and grandparents. Or the person who is with the child on a daily basis.

A child usually has between 3 to 6 bonding figures. For example, if a child has the same care every day, the child will also become attached to, for example, the leader of the daycare center.

Around the 6th month the realization comes that the parents or guardians are not always present.

This can be the time when a solid  can  cuddly toy provide a lot of support. The cuddly toy is always there and therefore often a support if the fixed attachment figures are not present.

The child sees the cuddly toy as a safe beacon and can also take comfort from it. The presence of the stuffed animal that is always there gives confidence, security and the feeling everything will be fine.

The scent of the stuffed animal even has a calming effect.

By having a fixed stuffed animal, the child also learns to reassure himself. The cuddly toy will also provide security if the child is going to experience something new that is exciting. If the cuddly toy also comes along, the child will make the step easier because his trusted friend is with him.

Having a cuddly toy also teaches the child to develop their creativity and imagination. Fantasy and reality sometimes get mixed up. Cuddling and cuddling with the cuddly toy provides peace and security when the mother is not there and so the child can bridge the time alone, for example when going to sleep.

When the child gets older, it often does not want the cuddly toy to be washed. A nice tip can be to take a bath together and also wash the cuddly toy.